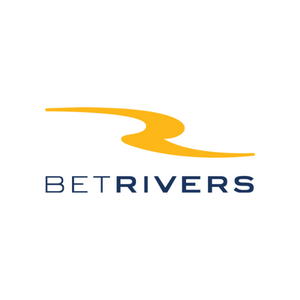 There are currently two sports betting products from the Chicago-based Rush Street Interactive. BetRivers and Sugarhouse Sportsbooks both mirror each other in design and functionality, only differing by which state they are available in. For New Jersey and Connecticut bettors, Sugarhouse will be the Rush Street option, whereas players from other states will have BetRivers available.

Both online sportsbooks are essentially the same, and were developed by Rush Street Interactive. The online gaming company was specializing in online casinos before launching both brands’ sportsbooks in 2018-19 in Pennsylvania. Rivers and Sugarhouse themselves are brick-and-mortar casinos mostly known in the Pennsylvania area, though other Rush Street locations are available throughout the country.

The BetRivers sportsbook brand especially has been the more ambitious of the two, launching in more than five states. As new states legalize sports betting, BetRivers will more than likely be the Rush Street product that launches. Do not fret either way, however, as both online sportsbooks will operate in the same way.

While it would be easy to point to the leading online casinos that are also available as part of the sportsbooks, we will instead look at the live streaming and jackpot parlay features. For many of the top leagues and competitions, the mobile apps have built-in live streaming. With live betting also available, players can watch the games and then quickly make wagers all in the same place.

Jackpot parlay is a feature unique to BetRivers and Sugarhouse, which makes putting together parlay bets random and easy. Parlays are a popular type of betting where more than one event is included on the same ticket. For the jackpot parlay feature, the player can select the number of events to include, and the app will pull random bet types from all different competitions to complete the wager. These can be refreshed for new options or immediately places at whatever stake amount is selected.

There is not too much of a difference between the BetRivers and Sugarhouse apps. Both share the same design as well as variety of sports, bet types and payment methods. The bonuses for each app may differ slightly, but even they remain mostly identical. One of the biggest features on the mobile betting apps is the live streaming available.

For select games in the NHL, soccer leagues and other top competitions a live stream can be found on the app for users who are logged in. The apps also have a large selection of sports and leagues in store for betting. This list goes beyond the average for US sports betting. There are more than 20 different sports to wager on, with constant bonuses for each.

The sheer number of sports alone gives BetRivers and Sugarhouse more variety for bettors than much of the competition. The mobile apps themselves have a professional design, and takes little time for users to acclimate themselves to. The online BetRivers and Sugarhouse also feature complete pages of statistics for upcoming competitions on the apps.

These statistics save an immense amount of time and fully prepare players for each bet. They include things like previous encounters between two opponents, league standings, rosters and more. The major competitions can have multiple pages of relevant stats including things that can take a lot of time if they had to be looked up elsewhere. It’s always important to research games before making a wager, and it’s great that these sportsbook apps provide a lot to easily research.

Common Bonuses for BetRivers and Sugarhouse

Promotions and bonuses available for users on the BetRivers and Sugarhouse apps have more predictability than other sportsbooks. Regarding bonuses for beginners, the most common promotion will be a deposit match. The key takeaway from this promotion is the play through requirement, which stipulates that the matched funds must be wagered a certain number of times before they can be withdrawn.

On BetRivers and Sugarhouse, this requirement is generally very low often at only a 1X play through. This means that after wagering the funds just one time, they are available to be withdrawn. The unique leaderboard promos are also a promotion staple here. Players will receive points based on correctly-placed spread bets. The top 200 in terms of points won each week will receive free bets, with the top 1,000 on the leaderboard at the end of each event receiving even bigger prizes.

Final Verdict? We have seen a broad range of casinos launch their own sports betting apps since its legalization in 2018. They range from the most basic to the top of competition. BetRivers and Sugarhouse fall somewhere in between, and closer to the top than vice versa. Their selection of bets and sports, live streaming and mobile app designs make them a more than viable selection. For fans of both online betting and casino play, they are an admirable choice which will not disappoint.