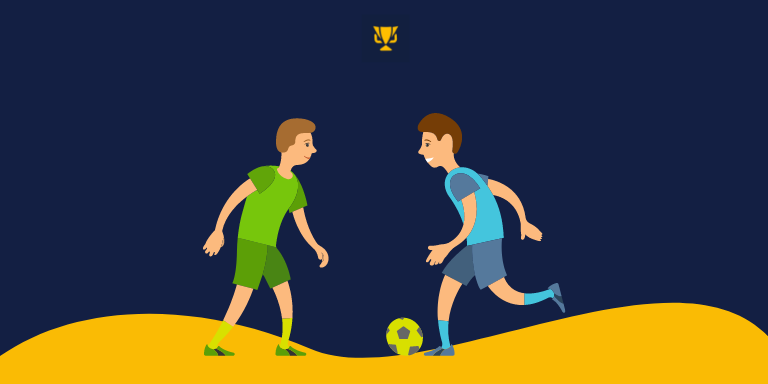 While soccer has not traditionally been one of the United States’ featured sports, the interest in the game has been rapidly increasing. This is mainly due to the success of USMNT players in European leagues, increased transfer budgets for MLS teams and immigration into America from countries who place a high emphasis on the sport.

The MLS in particular has made tremendous gains over recent years, perhaps starting with the massive signing of David Beckham by Los Angeles in 2007. The league is still quite far behind top leagues in other countries, and is characterized by its signings of aging stars from European leagues as well as its development of young USMNT players. Sportsbooks across the country will almost always have bets on the MLS available, so learning the basics can help new bettors make more confident wagers on the league.

For MLS betting, players will have a long list of options to choose from. While many different markets exist, the main wager types can be narrowed down to three. The way we place these bets is determined by a variety of factors each game such as starting lineups, injuries, past performances and more. We must first learn what is available for MLS betting and how to place them.

The moneyline is a wager on which team will win the game. It’s the most popular way to bet on many sports and leagues due mainly to its simplicity and chances of hitting. For the MLS, moneyline bets will have one of three possible outcomes, instead of two for many US sports leagues. This is because in soccer, games can end in a tie, and often do at a frequent rate. Moneyline bets can therefore be slightly more difficult to cash on MLS games.

However, because of this, MLS moneyline bets extend its markets to include double chance options. The 1X is a bet on the home team to either win or draw and the 2X is the same for the away team. Betting on X is a wager on no tie, or that either the home or away side will win the game. These additional options offer a larger chance for moneyline wagers to win, while still retaining good odds.

This is another popular option, and offers a completely different style of wager from the moneyline. As the name suggests totals, or over/under bets challenge the bettor to correctly guess whether the goals scored by both teams in a game will be higher or lower than the sportsbook’s number. The most common numbers given for MLS games on sportsbooks will be from 1.5-2.5.

To win the over on this bet, both teams in an MLS game would need to score a combined two or three goals. Any number less would mean the under wins. The MLS, as general rule, has a lower number of average goals per game than other top professional leagues, at around 2.51. As such, betting here is done with a small margin for error and should be accompanied by doing some research on both teams involved in a game.

Betting with the MLS Spread

For spread bets on favored teams in a matchup, the spread will be subtracted from the team’s final score. This means that for a 1.5 spread the favored team will need to win the game by at least two goals for the bet to cash. In the case of the underdog, this bet will have the opposite effect by adding the spread number to the team’s final score. For 1.5 spread wagers on the underdog, the team can either lose the game by one goal, tie or win outright.

Both Teams to Score and Other MLS Props

MLS games will have plenty of betting options outside of the three main bet types. One of the most popular is the ‘both teams to score’ market. A simple wager, which requires the bettor to correctly guess whether both teams will score a goal or not. This bet can also easily be paired with other betting lines like the total number of goals and the moneyline.

Sportsbooks, especially for soccer, will have a long list of prop betting lines available leaving tons of room for variety for those who look beyond the main wager types. More viable options include which team will score the next goal, what time the first goal will be scored and which player will score a goal in the game. For MLS prop betting, it is most useful to place these wagers live, and not before the game starts.

The Main MLS Points for Betting

Due to the nature of gameplay in the MLS, we can accurately predict some general trends of betting on the league. One of the major trends is the usefulness of live betting in soccer. The reason it works well here is the slower-paced gameplay of the MLS, along with the lack of breaks in action. Live betting is the act of betting during the match, as opposed to betting before the game starts.

The acquisition of big-money signings is one of the biggest indicators of which teams will go on to have successful seasons in soccer. For the MLS, however, having a strong fan base and well-balanced teams will often lead to more success. Teams at the top of the league will also often stay there for a while. There are usually not any major surprises when it comes to final standings and the MLS champions each year.

Betting on sports competitions live has become a prominent option recently. It’s a great strategy that allows players to watch part of the game before laying down a wager. In the MLS, this advantage can be even bigger. One of the main reasons for this is the flow of a soccer game, where there are 45 minutes of continuous play with only one break.

This helps bettors to understand which teams are threatening the opponent more, who has more possession of the ball and whether the game is being played more offensively or defensively. When watching the game, some of these characteristics should stand out and can be used to more accurately bet on bets like the moneyline and totals.

Barring the signing of a massive star or the rare breakout performances by certain teams, MLS futures bets can be a stable option. It’s not uncommon for MLS teams to win the championship multiple years in a row. The teams making the championship game are also not open to much variation. Since its start in 1996, five teams have made it to the final game more than four times. Less than half of the 28 have ever won the MLS Championship.

For MLS futures bets on the champions, there are usually only a few real contenders each year. If a team had made the championship game in the previous year, there is a good chance they will be a front runner for the current season as well. Therefore, futures bets can be made more confidently on the MLS than they would be in other leagues. Picking only a few contenders can lead to a successful bet with higher than average accuracy.